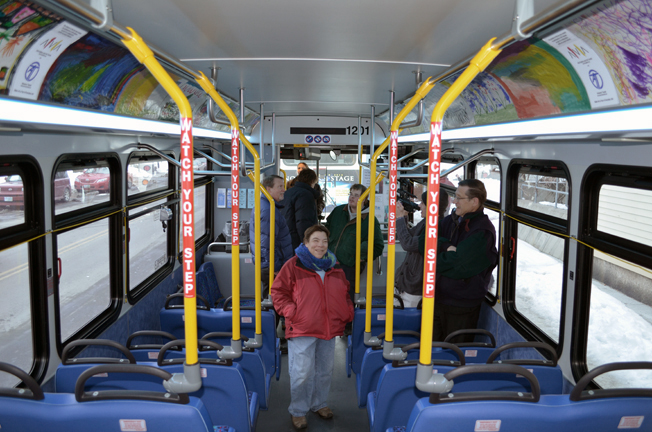 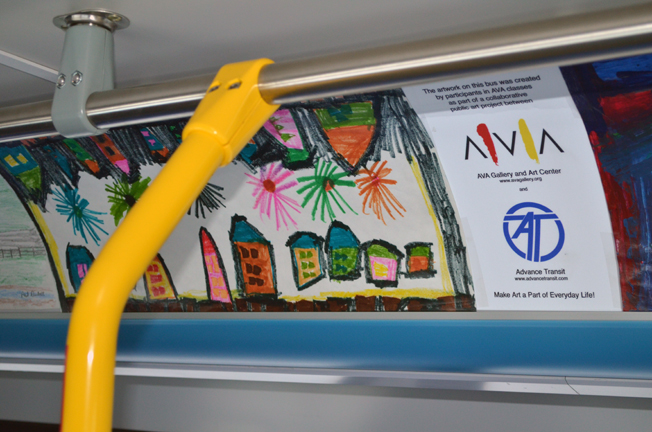 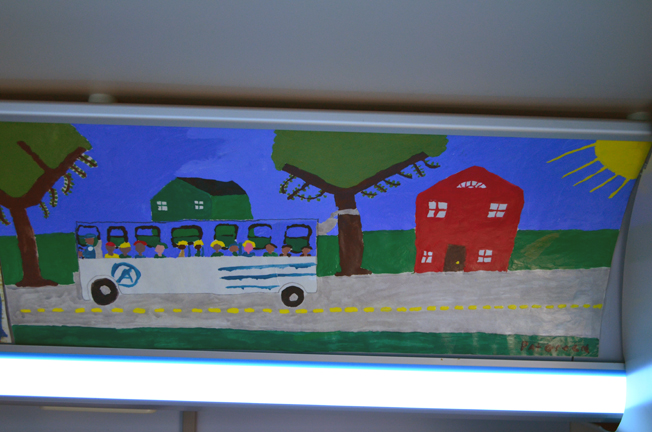 In spring 2013, AVA Gallery and Art Center, Advance Transit, and the Special Needs Support Center came together to install 60 original drawings, painting, and prints in the interior headliners of the Upper Valley’s buses, adding art to riders’ experiences as they move throughout our region.

The artworks were produced by adult community members with special needs participating in Art Lab, a weekly partnership program between AVA and the SNSC. Advance Transit offered the headliners in the interior of their buses, a site traditionally used for advertising, as a display space for the colorful artworks. The installation was so well received by the public that the original exhibition dates were extended.

The first three photographs here were taken at the opening event for this public art project.

In fall 2009, AVA partnered with Advance Transit and Two Rivers Printmaking Studio in White River Junction, VT for the first initial launch of the program.

40 artists of all ages and abilities contributed 77 artworks to the display. The traveling exhibition got great press coverage and was so well received that it was extended well into 2010.

The 2009 explanitory poster that hung with the artwork in the buses can be seen below. 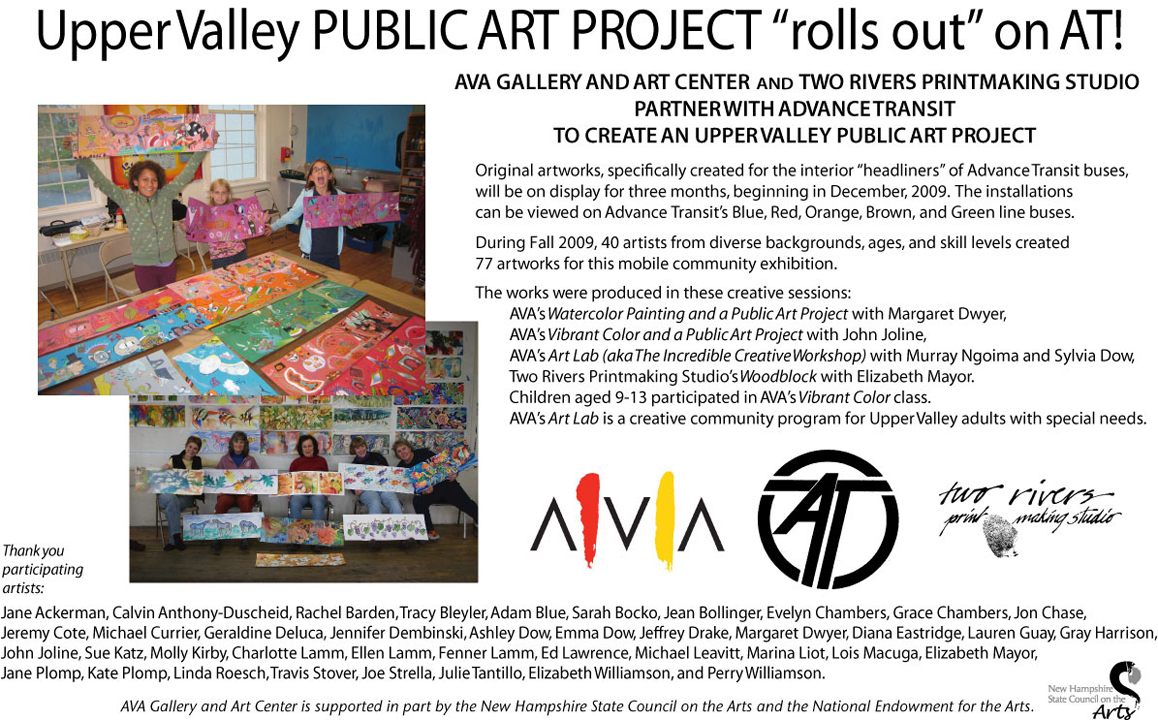