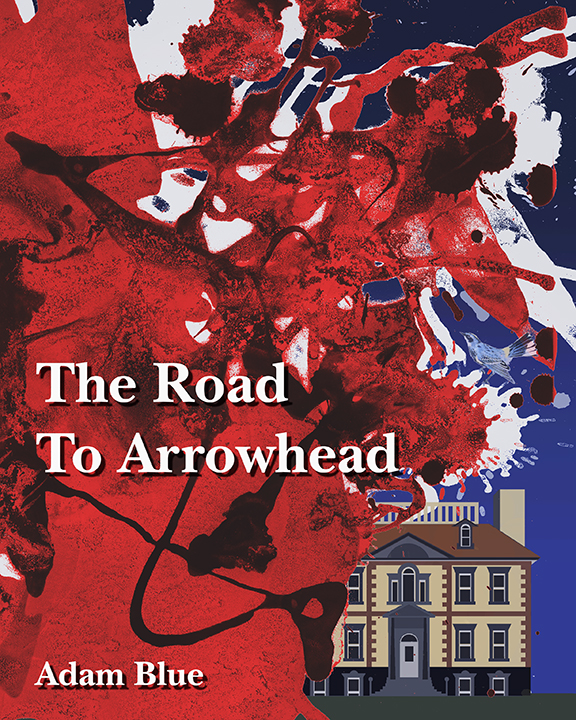 An artist struggles through the depths of a New England winter, buoyed only by a promising exhibition opportunity in the spring.

Constrained by finances and time, he purchases a collection of discounted Audubon prints on eBay with the plan to re-use the frames for his show.

When the online order arrives, it is haunted by yesterday’s horrors. And ultimately, he may be, too.

The Road to Arrowhead features a 3,000 word narrative and 19 original artworks. 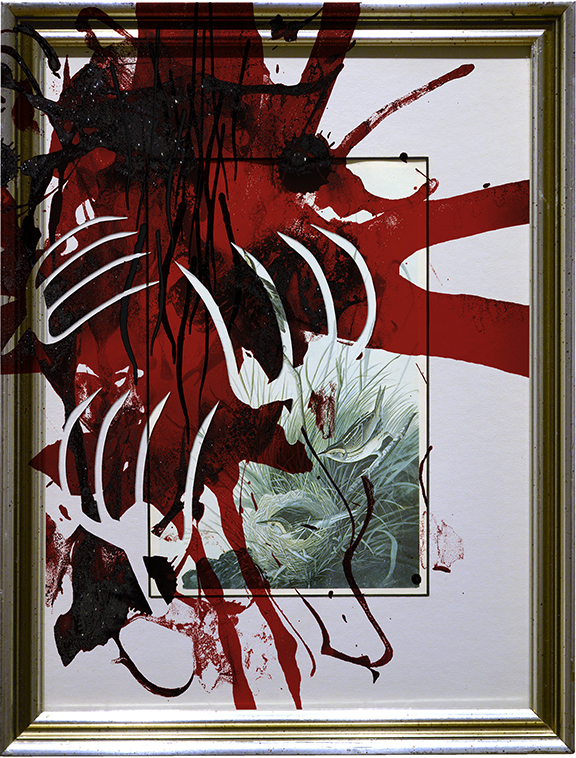 For a California boy, New England winters are dark, perilously so. Dark unto the point of distraction, even from the things you love, if that’s the right word.

By way of example, I had recently exchanged texts with a professional acquaintance about the possibility of having a show in his gallery, and it sounded like we could make it happen in the new year. Exciting! Though we hadn’t worked together in the past, we always made time to chat at local functions and even caught a casual beer or two standing by a grill in the summertime. He was familiar with my work and had inquired if I had anything new cooking. I sent him some images of the series I was developing, a project about rural life, its hardships and occasional celebrations. All positives, right?

Well, when it’s dark and cold every damn day, my energy flags. Add to this feeling deadlines looming and personal responsibilities doubling down—it’s the weight of the world. All of it. Massive and burdensome. My actions thrash against the tide to little effect. So rather than sink, I succumb to the Internet. The temptation to wade into one-thousand-and-one clicks is its own salve. It’s working without working, the psychological experience of being busy with neither investment nor accomplishment.

One January Thursday, things were feeling particularly grim and my focus drifted listlessly. The news websites I frequented proffered the latest litany of catastrophes, every clickbait lede supported by bluster peppered with ads. I re-re-checked my email, an act more pathetic than wishing food from the expiring corn starch and ketchup malingering in the pantry. So I navigated to eBay, the ever-present exhibition of trash hoping to be treasure.

And here I admit, when confronted by feelings of personal, professional, and political powerlessness, I shop online—as though conjuring an object from desire to doorstep wasn’t a surrogate for my failing will-to-power. My latest obsession is vintage men’s watches. Specifically, India’s HMT mass-consumer line from the 1970s. I covet them. The designs are gorgeous, the numbering sublime. And the online marketplace is flooded, with hundreds available for as little as ten bucks. But I can’t make myself buy one. I’m convinced that from the surplus, the watch I choose will be damaged to its core, that its antiquated hand-winding mechanism won’t even keep time. And in a blink, the Internet does what it does best—alchemically mixing curiosity with apathy to yield voyeurism, frustration, and guilt.

Sensing there was no bottom to the developing pattern, I forced my own hand. I contacted my gallerist friend and scheduled a follow-up lunch. Thus compelled, I needed to advance my project beyond our last conversation, to demonstrate that I was serious about maximizing an exhibition in his space. So, breaking from my dawdling habit, I searched online for picture frames.

I entered our lunch feeling prepared. I left renewed, blood pumping. The rush of exposure, it’s like an addiction. Early in my career, having an exhibition felt essential, felt the natural culmination of a sequence of events that reached their peak with friends old and new. I’d seek out others’ impressions of my work to change my understanding, my motivations. I’d amend my process accordingly, and feel perhaps that the viewers had been influenced, too. But you get old. And slowly then suddenly, showing becomes the cost of doing business. And swimming in that sea of confidants, it remains a pleasure until the moment when, through laziness or efficiency, you hear yourself parrot your own choice clichés, rehashing the tales you’ve told before to desired outcomes—courting consumers, courting commerce, being the business person you hoped to avoid by choosing the arts. The pleasure is numbing, the pleasure is work. In any event, a friendship was forming. There was new art to share. The spark was still there.

But framing. Fucking framing. The piling on of an additional layer of labor after the work is done. Having to delineate gilt boundaries that subjugate the art. The edge, always trying to trump the center. This final creative negotiation serves only the viewer. And the expense. Bloody hell. Making art takes so much of you—time, effort, focus, love. And then the burden of framing on top of that! With enough experience, you adjust your expectation, building this final step into your process so there’s no surprise. But damn it’s expensive, even if you pass it on to the customer at the point of sale.

So I continued clicking around eBay, and one morning, there they were. Just what I needed. A batch lot of frames, consistent of size and quality, cheap, and best—no other bidders… 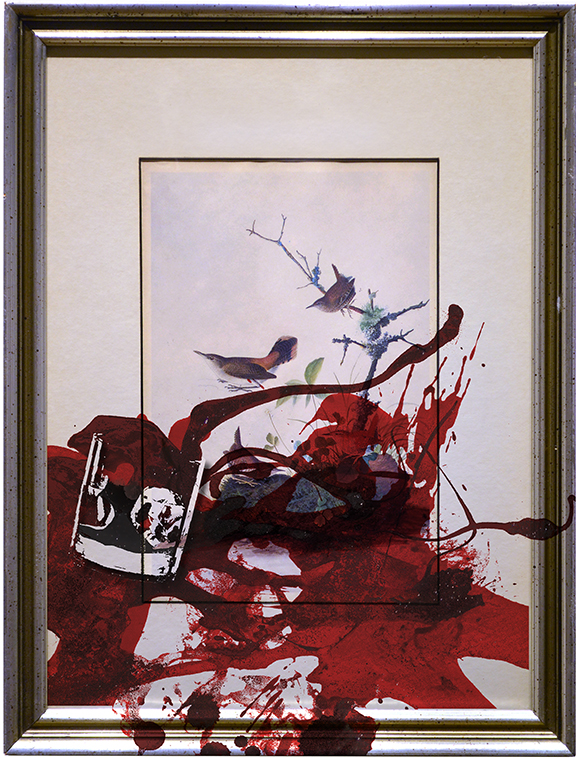