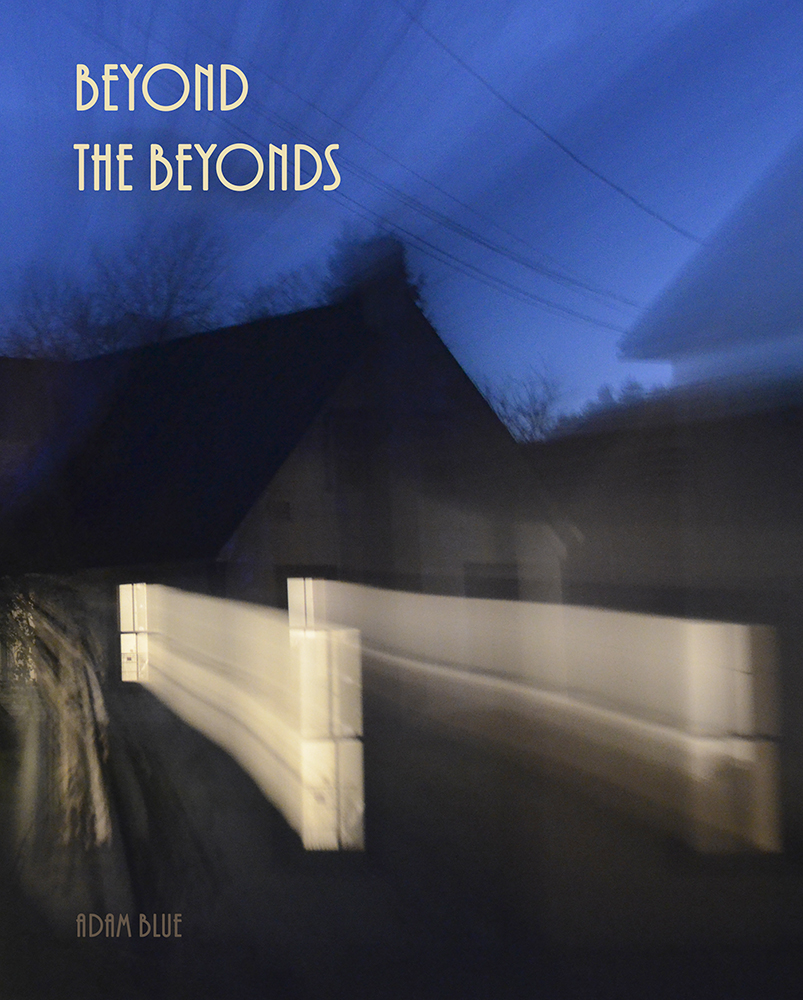 Beyond the Beyonds is a work of literary fiction.

Beyond the Beyonds begins as memoir, then swiftly blurs into a fascinating exploration of early Puritan tombstone symbols and inscriptions. The book accelerates to its haunting conclusion featuring contributions from actors, sound artists, filmmakers, poets, and musicians.

The thoughts we are thinking, our fathers would think;
From the death we are shrinking our fathers would shrink;
To the life we are clinging, they also would cling;
But it speeds for us all like a bird on the wing.

They died! Aye! they died; and we things that are now,
Who walk on the turf that lies over their brow,
Who make in their dwellings a transient abode,
Meet the things that they met on their pilgrimage road.

Three graveyards rest in walking distance of my bed. Nine more on my regular driving routes. In total, thirty-two cemeteries grace a seven mile radius of the farm. No one tells you this about New England. But it makes perfect sense.

In one of my typical teenage reveries, I realized that each of our lives is brief, and therefore largely negligible to life on earth over geologic time. So it was a small logical step to recognize cemeteries as acts of selfishness. To sequester one’s physical remains, to willfully prohibit their transformation into new life, seemed as ridiculous as it was impossible. While in terms of land use and the living, the impulse to permanently nullify a plot’s utility felt an absurd insistence of ego, particularly after that ego has dissolved.

But puzzle as I might to find a different way, traditions inform behavior. And death obsessions, even adolescent ones, are worthy of investigation. The push-pull of mortality is profound. So I wasn’t as concerned as my parents when I started wearing black and spending weekends alone in the cemeteries near our home.

As I got older, I took to traveling. I visited graveyards everywhere I went. I made a trip to Arlington National Cemetery in Washington, D.C. to witness its scale, having been indoctrinated by the nationalism that American boys fall prey to. I shivered from the bone-cold temperatures inside London’s Westminster Abbey, even as I warmed to the lessons I’d learned from Chaucer, Dickens, Newton, and Darwin. But I truly awakened to death’s aesthetic potential in Rome’s Capuchin Crypts. There, 18th century friars disassembled and re-arranged their dead brethren’s skeletons into ornamental chapels. Imagine one hundred thousand human bones laid out in geometric patterns. C-shaped ribs become swirling arabesques. Vertebral processes gesture as asterisks. The ossuary’s grotesque beauty is unparalleled and unforgettable. I vowed never to pull my eyes from death thereafter. 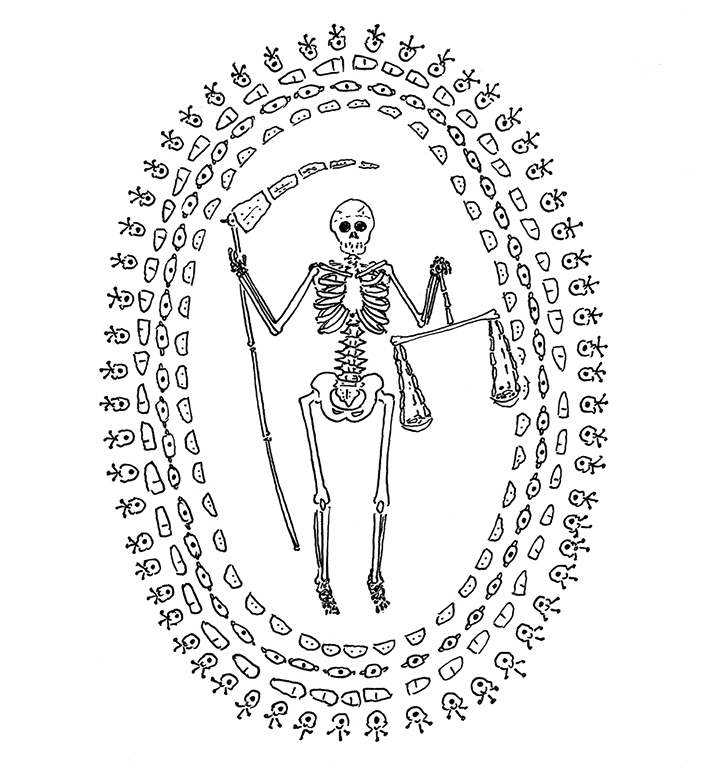 A Capuchin monk’s skeleton represents Death on a ceiling in the Capuchin Crypts, Santa Maria della Concezione dei
Cappuccini, Rome. The ornamental border is made from
lumbar vertebrae, scapulas, cervical vertebrae, and coccyxs. The scale chains are phalanges, the bowls pelvic bones. The scythe is fibula and coccyx.

Six months later, I made my first tombstone…

Many thanks are due to the talented actors, sound artists, filmmakers, musicians, and poets who contributed to Beyond the Beyonds. Learn more about each person though the links to their websites, when available.